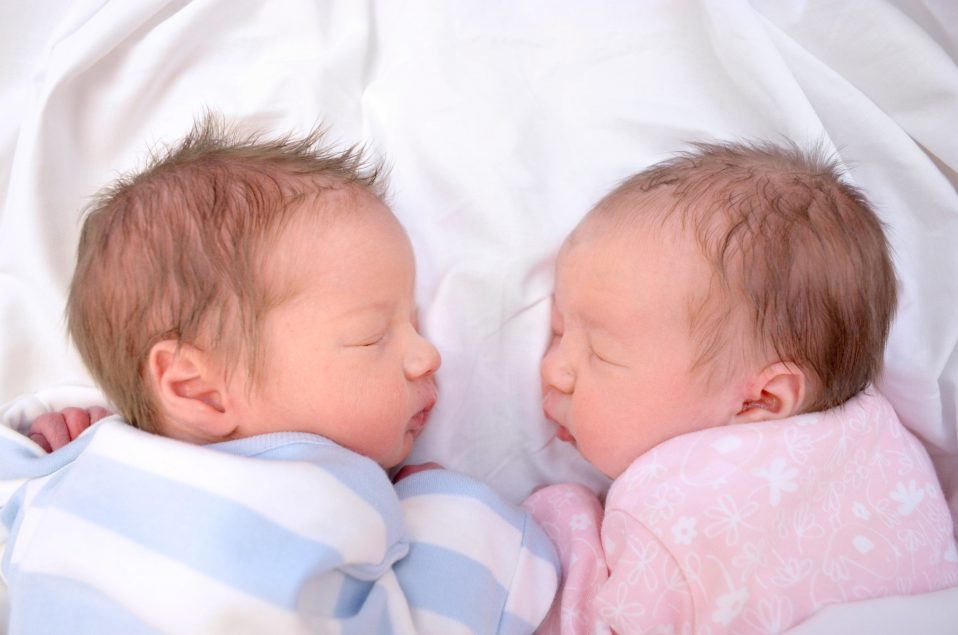 Having shared the journey of pregnancy on social media, as a way to let many of our friends know where we are at, we have received some messages asking us to share the story behind our little gifts. Questions have been asked like, ‘Why are they miracles?’ or ‘What are you thanking God for?’ and so on. We thought we’d share our story here.

We are fast approaching 10 years of marriage. Wow! Now that in itself is something to celebrate in this day & age. Our marriage has always been God ordained, we both had encounters prior to dating where God highlighted the other to us as the one we would marry. No matter what we have faced in that time; disappointment, life changing illness & great loss, God has remained the centre of our lives, marriage & ministry. He is the glue that holds the whole thing together. As I write this, looking at our twins, I know this is going to involve us being vulnerable but here goes…

As a young newly married couple having children was not on our agenda & in fact was not even in my(Claire) plan for my life. I didn’t really want children, I enjoyed the freedom of just being us two and being able to travel whether on holiday or ministry was great. However a few years into marriage we thought I had fallen pregnant. I had done a test and was waiting for what felt like a year but in 2 minutes we saw a negative result. It’s amazing how much can go through your head in 2 minutes… ‘Our life is going to change’, ‘I didn’t want kids’, ‘Can we do this?’, ‘Will we be good parents?’ Filled with fear and uncertainty the negative result that should have brought relief actually brought disappointment & upset. I was confused but realised a huge change had taken place in my heart at some point without us even knowing it. That in itself was an amazing miracle. Having a family and being parents had become our hearts desire. Not long after this we decided to plan to start a family but we didn’t make it common knowledge that we now wanted children & certainly not that we were trying.

Through the years that followed we faced many things in life including Rich being severely ill with multiple sclerosis but really nothing more disappointing & heart breaking to our hopes as negative test after negative test. We continued to believe we would have a family but as the negative tests continued it had a negative affect on us especially me. Our heart break was very secret, only a few very close friends even knew we wanted a family. When you get to a certain age people just presume you don’t want kids & even make jokes about it not realising the pain it causes, but you get to a place where it’s easier to let people think you don’t want children than share your heart when it seems there is no breakthrough.

After a number of times thinking we could be expecting & even sharing that with close friends, the whole family thing got too much & I began to doubt. I had gone from never wanting children to wanting two children to being happy to just be able to have one to doubting we would have any. In ministry we had seen many miracles. We even prayed for people who couldn’t have children and they now were parents. Yet as days went on by my belief was being replaced with doubt. I would say to Rich, ‘Do you think we will ever be parents?’ and his response was always, ‘Of course we will!’

My thinking had always been we didn’t want medical intervention, IVF or other treatments. I had nothing against these things but I just wanted this to happen naturally but after 6 years of holding onto the fact that God is good, that He wouldn’t have changed my heart just to disappointment me & holding on to His word, ‘Delight yourself also in the Lord, And He shall give you the desires of your heart.’ (Psalm 37:4), we decided to get a medical referral.

It took a while but at the end of last year or beginning of this we received the news we were on the list & had an appointment. Filled with nerves and uncertainty we just waited for the date to come round. In the meantime we continued with life & ministry then on Easter weekend as I preached at a conference I stopped mid flow and gave a very clear word, ‘There is a couple here who have been struggling to conceive, you’re not even sure you can have children but God says I can cause life to flow even into that situation’. I continued preaching not even thinking anything other than the word being strong. The following week we suddenly & quite out of the blue thought I might be pregnant, to be honest I wasn’t holding out hope. We did a test and fully expected a negative result and yet God blew our mind. It was positive, POSITIVE!

As we sat full of tears & disbelief we had this overwhelming feeling that the word at the weekend had been for us. We didn’t need that appointment, no medical intervention. As weeks and months followed we were blown away even more by the goodness of God. At our first scan the sonographer exclaimed, ‘There’s two!’ Rich filled with tears, I filled with tears and the sonographer joined us and filled with tears too. At scan two, a matter of weeks later, we were filled with emotion when we were told, ‘You’re having a girl and a boy’. Wow! A perfect family, a perfect blessing! I mean ‘a beyond belief’ totally amazing, life changing, miracle. Two gifts from heaven!

We also realised, as we looked back, that this was God’s perfect timing. Sometimes babies are conceived into an environment of rejection, shock, uncertainty and negativity. Yet these two were conceived in a time when they couldn’t have been more wanted and loved and in a time they could bring so much joy! From day one they have brought so much joy to not just us but to many many people as our story of being married 10 years not knowing if we could have a baby to now having a perfect family touched the hearts of friends and strangers. Despite the pregnancy being in the high risk category & a few medical scares during the 8 months & then Jude being ill after birth we have remained in such peace. Even midwives said how calm and relaxed we are for first time parents. We had an unshakable peace because God’s hand had been on this whole thing from the start and He wasn’t about to just lift His hand off.

So our miracles are truly gifts from God. Their names have great meaning  Jude – thanks & praise God. Graci – blessing, favour & thanks.

We want to encourage you today to hold onto hope, don’t give up on your dream even if it seems beyond impossible. He often steps in & shows Himself as God, maybe even shows off a little, just when we are about to quit!

One thought on “The Best Christmas Gift”