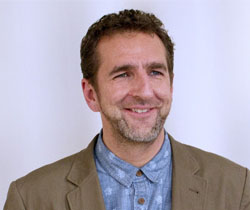 This months guest blog is from Dr John Andrews. Dr John Andrews has been in full time ministry since 1987 as Pastor, leader and author. In 2014 he became the Principle of the British Assemblies of God Bible College. Though called to the UK he has ministered in over 30 nations. John has a passion to equip and inspire leaders in their calling, as well as empower followers of Jesus into effective lifestyle and service. Born in Belfast, Northern Ireland, John is married to Dawn and together they have three children.

Sabbathcentricity – when the spirit of the first day enters every day!

In the technological utopia of the 21st Century it seems we have more labour saving devices than in the history of humanity and greater potential for connectivity than anyone could have imagined even fifty years ago.  Trains, planes and automobiles, the internet, smartphones and social networking have transformed our world and with it our ability to do life.  Yet, my observations teach me that words like stress, anxiety and burnout are becoming common place in our vocabulary and experience.  With all our stuff it seems we have less time than ever and with over 500 friends on Facebook, it is still possible to be alone.

As we advance in our sophistication, humanity needs to be reminded of ancient simplicities that contain truth so potent that our lives can be enriched by their transformational power.  Sabbath, a word that literally means rest, is one such ancient simplicity, established by God at the beginning of His relationship with our first human parents.  After working for six days, God declared the seventh day to be a day of rest, regarding by some as the first ever Sabbath (Gen.2:3).

In a manic world, hurtling at helter-skelter pace towards the future, might there be a place for Sabbath, for true God-intended rest?  Is there something in the design of humanity and of the construction of that first week that we need to uncover and understand afresh?  The principle of one day of rest in every seven has got to make sense in any culture or generation, but is there more to Sabbath than just a day of rest?  Might there be a deeper meaning that moves the principles contained in that first ‘rest-day’ into the arena of the every day and to the engine room of our lifestyle?  Could it be that through that day, God intended His creation to enjoy rest as a daily experience not simply an occasional event?

The language around that first day of rest is interesting.

What is fascinating is that the boundaries of that day are not described in the same terms as the previous six.  “And there was evening, and there was morning – the first day.”  (Genesis 1:5, 8, 13, 19, 23, 31)  When it comes to the seventh day there is no ‘morning and evening’, there doesn’t seem to be any formal conclusion to the day.  Could it be that here at the beginning, the Lord of the Sabbath is giving us a huge nudge towards the truth that the rest enshrined on the seventh day was never meant to remain within the confines of the day, but was intended to be enjoyed everyday?  The seventh day of the week for God was in reality the first day for Adam and Eve, and on that day, the Creator of the universe called them, not so much to a day, but to a state of being, He not only wanted them to find rest, but to live in rest and learn to live and work from rest.

The Lord wants every one of us to rest on the journey, but one of the keys to this in the midst of the pressure of 21st Century is to become Sabbathcentric.  To see rest not as an add-on but as essential, to bring it into the every day not relegate it to the occasional and to realise most of all that it’s more than a day, it’s a lifestyle.  The rest I speak of is not merely physical, although that is an important aspect, rather, it is holistic touching the spirit and the mind.  This is a rest that moves from the inside out, impacting our physicality but originating in our spirituality.  The answer to the frantic pace of our lives is not in more holidays or more days off, rather, it lies in the courage to step back and see that we are more than physical, material or biological, but that in fact the engine room of our lives is spiritual.  We were made by God, for God and in the image of God.  Creation is not only an insight into what He can do, but it is a reflection of who He is.  The same can be said of Sabbath, rest that draws to completion His creative work.  If finding rest were only a matter of programming some time off from work, then it would be relatively easy to fix some of the ills of modern living.  But of course it’s much deeper than that, for at the heart of Sabbath is God Himself.

So what did they do or enjoy on that first day together?

One of the dangers we face when we consider this day is that we interpret the command to rest from our cultural perspective and not from the understanding of the moment in which it is set.  Reading back into the text, as a 21st Century citizen of ‘planet non-stop’, I might simply see this as a day off from my work, so that having rested, I can get back to work and continue with the real reason I’m here.  Through this lens, work is seen as the main thing and rest merely as a means of helping me do it more efficiently.  But notice will you Adam and Eve haven’t done any work at this stage, yet they are asked to enter into rest.  For God this rest is the climax of creation, for them, it is the beginning, the model of how things should be.  In setting it apart, this day becomes “holiness in time”, and though last in creation, it is “first in intention.”  Embedded in the fabric of that first day is not rest from work or even rest for work, but rather the sanctity of rest itself.  The key to understanding this first day and the life-principle enshrined in it, is to embrace the God-centredness of rest.  Having been made holy by the Holy God, we learn that this day is more about worship than work!

On that first day, Adam and Eve learned that it was all about Him.  Entering into rest was about entering into Him.

All of us have been impacted by the ethos that suggests our value as beings is determined by the extent and success of our doing.  Doing may be described in terms of obedience or disobedience; passing or failing; having a job or being unemployed; contributing or consuming, and in busyness or laziness.   From my curriculum vitae, to the ego wall filled with degrees, to the amount of money I earn and the badges I can purchase as a result, all of these things contribute to the illusion that my being is estimated through my doing.  The more I do, the better I am.  The greater I do, the more important I am.  I do, therefore I am!

Not so on the first day.  Adam and Eve hadn’t had the chance to do anything when God announced rest.  They couldn’t go to God that day and say, ‘look what we’ve done, haven’t we done well?’  In truth, on that first day they had achieved nothing, so they entered holiness in time, not as a doing, but as a being.  They had nothing else to show but themselves and interestingly, that’s what the Lord wanted.

Commenting on Jewish Sabbath, Greenberg captures the spirit of that first day so brilliantly.  For him it is a proclamation, “I am, not I do.”  He goes on to say; “If I could do nothing, I would still be me, a person of value.  Thus, the individual reasserts the primacy of human value and the principle of the intrinsic worth of human existence, “unjustified” by productivity… the ability to stop working is, therefore, an assertion of an inner freedom.”

God made us beings first.  The first day reminds us that we are valued for who we are, not primarily what we do and it affirms that our doing must come out of our being.

Too often we measure work by energy expended or effort involved.  “The Rabbis used the term melechet machshevet, that is, work that involves the realization of thought, not mindless activity.  It is labour guided by a plan, directed toward a goal.”  In other words it is work from purpose, for purpose and on purpose.  This is the very thing God Himself did and this is the model He wants Adam and Eve to follow, that they would work out of the holiness in time, centred on a strong relationship with Him and a true sense of personal worth.  Their work, flowing out of worship and worth would carry with it a God-given purpose.  This then is not only God’s work, but God’s work done in God’s way, pregnant with purpose and value.  When we work like this we are like God, truly reflecting His image in and through us.  We were not just created with an ability and expectation to work, but to work His way.

True God-designed rest can only be found by humanity when we put God back at the centre of our lives and enshrine Him as the Lord of all.  This is worship.  We can only learn to live in rest when we understand our value is not in our doing, but in our being and that our doing should simply be an expression of our being.  This is worth.  Rest becomes an ever-present possibility when we work from purpose, for purpose and on purpose.  Work is not enough, purpose-work is what we were created for.  This is work.  All are embedded within rest and therefore when you and I learn to enter into rest, rest will enter us and impact every facet of our lives and through us, our world.

“The seventh day is like a palace in time with a kingdom for all.
It is not a date but an atmosphere.”

You can read more from Dr John Andrews on his website www.drjohnandrews.co.uk