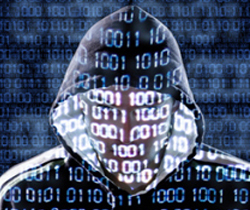 Matthew 4:1- 4 Then Jesus was led by the Spirit into the wilderness to be tempted by the devil. After fasting forty days and forty nights, he was hungry. The tempter came to him and said, “If you are the Son of God, tell these stones to become bread.”Jesus answered, “It is written: ‘Man shall not live on bread alone, but on every word that comes from the mouth of God.’

This is a scripture that has been spoken on many times. Often I have heard preachers use it to speak about overcoming temptation, which is great. However I have always wondered about the first part of the conversation. I have seen it as a key that could actually transform our thinking and so the way we live. When the devil is speaking with Jesus before he tempts him with anything, the first thing he does is challenges his identity. ‘If you are the Son of God…’ This is not just a statement to make a point, it’s a statement to provoke a reaction; doubt! I believe if Jesus had not known who he was in his heart, in his spirit then the statement would have finished him and the devil wouldn’t have had to tempt him. But as the devil continues to tempt Jesus with offerings of what he could have or who he could be it seems that the enemy assumed the initial question, ‘if you are the Son…’ had somehow caused Jesus to weaken. This seems to give us a clear warning, if we allow our identity as children of God to be stolen then we become weak and susceptible to temptation and we not only forget who we are but we also forget who God is. This has been a fight that has been going on for generations, a fight for our identity as children of God, as co heirs, as priests, as blood bought, as precious to God. There is a world full of people not just in the up and coming generation but even the older generations who don’t know who they are, who don’t know their worth. This seems to be a contributing fact to many who struggle with their identity. The enemy set to destroy and steal our identity and for some has tried to destroy them even as a child through abuse, neglect and all the things that undermine who you are in God. In today’s society many people now give themselves away so easily to one another and it all seems to come down to the root of worth and identity. If we knew who we were we would value ourselves much more.

But there is good news, great news even. The truth is you can have your identity restored, you can do something about it. Whilst I believe each of us need a true revelation of this that can only come through the Spirit of God, I have found in my own personal journey that at times we have to do something too. We have to fight and fight with truth rather than feelings. Sometimes we feel or think one way but the truth is completely opposite, for example you may feel abandoned or alone but the truth is ‘the Lord your God goes with you; he will never leave you nor forsake you.’ (Deuteronomy 31:6).  For those of us struggling with our own personal worth or identity I want to encourage you, that as well as asking God to reveal to you who you are and heal you of your past hurts, unjustices etc there is a simple thing you can actually do to help yourself overcome. Do what Jesus did, fight the enemy with the truth, with the Word of God.

I have put together a list below of thoughts/feelings you may struggle with and then a scripture that can be used to help you overcome that particular thought or feeling.  I would encourage you to pray the scripture out loud. I’m not saying it will be easy. I’m not saying the thoughts and feeling will go in a day, a week or even a month but they will go eventually. Our feelings eventually will catch up with what we are speaking, when what we are speaking is the truth!

So go for it, stand in God and take your identity back and be who He has called you to be!

If you would like us to pray for you please email us info@restorationbeyondbelief.com