Align with Your Assignment – Barry Woodward 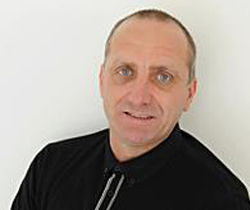 This months guest blog is from Rev.Barry Woodward. Barry is the founder and director of Proclaim trust, he is an accredited travelling minister with the Assemblies of God denomination and is also an associate evangelist with J. John of the Philo Trust. Barry is the author of ‘Once an Addict’ and has a heart for people in the UK. Each year, he speaks at approximately 130 events in churches and prisons seeing many come to know Christ.

Align with Your Assignment

Soon after becoming a Christian in 1995, I had an overwhelming sense that God had a specific purpose for my life, even though I didn’t know what it was. I remember saying to Alan, the church leader, ‘What is it that I can do for God’? He replied, ‘It’s not what you can do for God, it’s what God wants you to do’.

It was 1:30 on a Tuesday afternoon. I was laying on my bed and my Jack Russel dog Kim was laying by my side. I was listening to a tape cassette that someone had just given me from church. It was by a woman named Doreen Irvine and was entitled ‘From Witchcraft to Christ’. It was a fascinating story of how she used to be a highly ranked witch before she met with God. I was captivated by it. Then those 7 life-changing word words flew out of the speakers and hit me right between the eyes: ‘God called me to be an evangelist’! These words stood out from everything else she had said.

‘That’s it! That is my purpose. It’s what God wants me to do―to become an evangelist’. After I finished the tape, I went to the phone and called Alan. He answered, but I didn’t even give him time to say ‘Hello’ before I burst out with my news. ‘Alan, I know what it is that God wants me to do’. There was a pause… ‘God’s called me to be an evangelist’. There was another long pause, and then Alan said, ‘Huh, okay’. Then there was another even longer pause. And then I said, ‘Alan, but what is an evangelist?’ I didn’t even know what one was, and he didn’t tell me! He just said, ‘We will pray that one through’. Then he put down the phone. I couldn’t understand why he had responded like that. However, even though I didn’t know what an evangelist was, I knew that this was my purpose in life ―this is what God wanted me to do. I soon learnt that an evangelist is someone who communicates the relevance of Christianity.

After hearing this for the first time while laying on my bed next to my dog Kim, for the next six weeks, it seemed that wherever I went, the word ‘evangelist’ kept coming up. I would play a tape, and it would be an evangelist speaking. I would open a book and there it was ― the word ‘evangelist’. I was at a friend’s house, with the TV playing in the background, and the programme was discussing the ‘evangelist’. I went to see my Dad, who wasn’t a Christian. On the way out, he gave me a video tape that he had made the night before of a TV program. I asked him, ‘What’s that?’ to which he replied, ‘It’s about a man named Billy Graham who is a well-known evangelist’. And this is what I became ― an evangelist.

When I think about this, there is a lesson to be learnt: you can Align with Your Assignment.

Do you ever ask yourself the question, ‘Why am I on this Earth?’ Do you ever believe that there must be more to life than this? Do you ever get the feeling that you were born for a specific purpose? One of my favourite verses in the Bible says: ‘For I know the plans I have for you,’ says God, ‘plans to prosper you and not to harm you, plans to give you a hope and a future’. (Jer 29:11). You were born with a purpose in life. It’s in your DNA. You were given an assignment that only you can do in the way that you can. God has a task for you, and you can know what it is. How? The Bible says, ‘It’s in Christ that we find out who we are and what we are looking for’. (Eph 1:11 – Message). When you connect with him by inviting him into the driving seat of your life, he takes hold of the steering wheel, and he steers you to your divine purpose. You may not receive it in the same way that I did but no matter whom you are: you can Align with Your Assignment.

You can read more from Barry on his website www.proclaimtrust.org