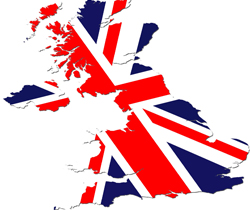 Weeping may last for the night, but a shout of joy comes in the morning. Psalm 30

We have been amazed at the level and amount of miracles we have seen or heard about others see across our nation. It’s like the dark night that has been so long. The times of wondering – God, will you ever visit the UK in power again? They are over. The times of preaching to empty seats and the preachers longing for someone to respond to the message that the Holy Spirit had burned within them, is and has come to an end. I have never seen our nation as hungry for a move of God! We have seen this in the fields of Africa where desperation for God has taken over not just one life, but multitudes of lives, but never in the UK. It’s like the long dark night, the dry times have ended. We have wept, we have longed, but now I believe God is speaking over the UK and that He is saying Good Morning UK!

I feel such excitement and expectancy it’s like electric, it’s almost as if anything is possible! Now is the time to get out of the boat, to get out of the four walls of the church and Go! Go therefore and make disciples of all the nations, baptising them in the name of the Father and the Son and the Holy Spirit Matthew 28:19. If someone is sick, lay hands on them, pray and believe! Something has broken over our nation and not just the church is hungry, but also the person you meet on the street! Go on, step out of the boat, what’s the worst that could happen? What the best? You could just see the presence of God show up in your home, your work place, your town and do what He does – bring salvation, healing and deliverance!

Now isn’t the time for us to relax and think, God is moving, I can sit back now. No, now is the time to go after God like never before. To step out into the secret place as well as the public, to be in hot pursuit and put your foot on the accelerator. I heard my Pastor sharing that he spent some time with a man who had been a leader in a very well known move of God. Many people had flocked to this place from around the world and had been powerfully touched. Miracles had happened, many have got saved and set free, and ministries had been birthed out of this place. A number of years later, this same place had become dry…no more signs and wonders…the presence of God had lifted from this place. My Pastor asked this man what happened. How could what was once there, be gone? How did that special anointing lift? The man replied with tears in his eyes and said, “Once we had revival, revival was here. The signs and wonders were often, and we stopped seeking God for revival”!

So as we are seeing God pour out His spirit like never before, as signs and wonders are becoming the norm, we can’t get comfortable. We can’t relax. Now, more than ever, I believe we have to get on our face and seek God for our nation….souls depend on it!